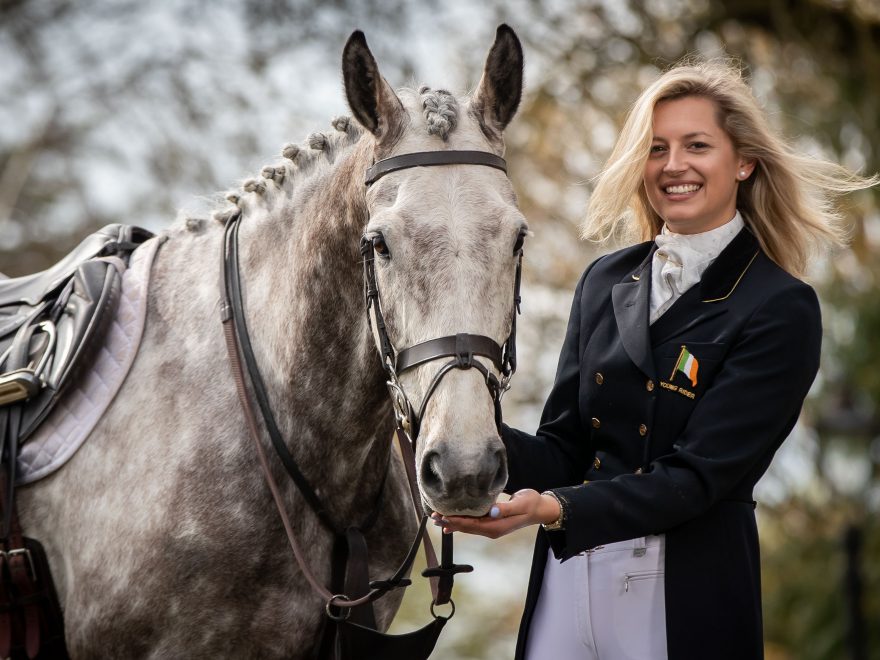 Olympic gold, silver and bronze medallists, World Champions and medal winners, 24 Olympians, the largest ever amount of entries (368) with riders from a record sixteen countries are amongst the competitors lining out for the 13th renewal of the Tattersalls International Horse Trials outside Ratoath in Co Meath. Last year’s event was watched by viewers from over 120 countries. The ultimate and toughest test of all equestrian sports which is effectively a Triathlon (dressage, cross-country and showjumping) for horse and rider combinations will be closely watched and assessed by many experts and team managers with an eye toward qualification for the World Equestrian Games in Tryon, North Carolina this September and then onward to the Tokyo Olympics in 2020.

The 2018 Tattersalls International Horse Trials and Country Fair takes place from the 30th May – 3rd June 2018 at the Country Meath venue. Commenting on the entries Tatts Event Co-ordinator Joanne Quirke said “Again Tattersalls just keeps growing each year in numbers and prestige and is now really well established as one of the most popular international three day events in the World as we continue to attract so many of the international stars from the sport of Eventing. No other sporting event in Ireland this year will have as many Olympic Champions and medallists, World Champions and medallists and existing Olympians in the one venue at the same event here in our venue just outside Dublin near Ratoath, Co Meath. Some of the greatest riders of our time will be competing like Olympic Champions Blyth Tait, William Fox-Pitt, Grand Slam winner Pippa Funnell, seven time Olympian Andrew Hoy, six time Olympian Mary King as well as other international superstars like World no.1 Oliver Townend, Harry Meade, Piggy French and Tim Price.

Some of our best Irish riders and Olympians have entered including Jonty Evans, Camilla Speirs, Capt Geoff Curran and Austin O’Connor are also taking part along with other current stars like Sam Watson and Michael Ryan. We look forward to also seeing so many of our best amateur, junior and pony riders gain valuable experience for the future and maybe some day they’ll compete in the Olympics against some of the internationals who will be taking part here. It is an amazing line up this year and we really hope the public will come out in force to see these equestrian super stars in action just outside Dublin and within easy access to the rest of the country just off the M3 motorway.”

Alongside the international sporting event the associated charming country fair is tailored especially for families, with free admission for under 12s, while four-legged members also welcome, with owners invited to enter them in the Novelty Dog Show. Back for another year are the ever popular Mini Puissance Ponies who will defy gravity by doing the high jump and perform tricks to captivate the little ones. A range of other favourites will be on hand to ensure all ages are entertained such as the FREE Toddler Zone, Traditional Carnival rides and an Activity Area with bungee trampoline, Chair-o-plane, Carousel, The Tattersalls Real Life Farm Experience, bouncy castles and much more!

Tattersalls’ Shopping Village with over 80 shops will once again play host to Ireland’s leading country chic brands with a variety of fantastic and eclectic shopping stands. An Artisan Food and Craft Market adds to the wonderful atmosphere and country vibe. Visitors can also bring a picnic and park up in picnic area over-looking the famous water fence giving you a bird’s eye view of the thrills and spills of the Cross Country action.