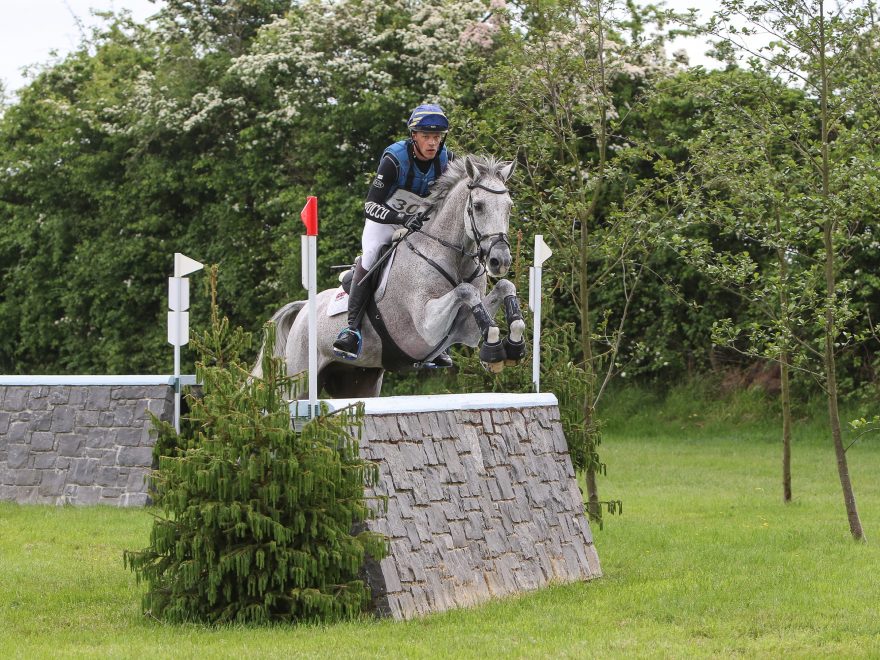 A large crowd of over 13,000 people enjoyed the international equestrian action and country fair in the Co Meath countryside at Tattersalls today. Amidst the warm weather with bursts of sunshine, the big crowd was treated to the ever exciting and popular Ian Stark designed cross country course and some of the biggest jumps ever seen in Ireland. Spectators got to witness the Roger Federer’s, Rory McIlroy’s and Cristiano Ronaldo’s of eventing which included the World no.1 and 3 riders amidst the largest ever field of over 366 riders.

The international sporting event with 24 Olympians and world stars amongst the 366 participants is one of the most important events in the sporting calendar and this week spectators from 25 countries watched it live online up to yesterday evening. Another 15,000 people are expected to attend the finale tomorrow consisting of more world class cross country action as well as show jumping with online ticket sales up 21% so far on last year.

Because of the ever increasing international entries from overseas, Tattersalls International Horse Trials were responsible for the largest movement of competition horses in one go across the Irish Sea earlier this week. Two ferries crossed from the UK to Dublin Port carrying 64 lorries with 120 horses and the entire convoy made it into the Tattersalls stable yard for before rush hour at 6.30am last Tuesday morning!

With some competitions reaching their finale today, the ground conditions were rated as perfect and the various cross country courses proved quite challenging as expected and it’s all to play for the feature competitions which finish tomorrow with the main arena show jumping.

The feature class, The Irish Field CCI3* concluded cross country with Sweden’s Ludwig Svennerstal moving up a place to first after a foot-perfect performance by his horse El Kazir SP. Irish Olympian Austin O’Connor and Kilpatrick Knight, best of the Irish, moved up from 11th place to 5th after a clear round jumping with just 0.8 of a time fault.

The George Mernagh Memorial CIC3* concluded the show jumping phase with Australia’s Emma McNab having a flawless round with Fernhill Tabasco moving her up from second position to first on 21.9. Irish Olympian Jonty Evans is hot on her tail in 2nd spot on a score of 22.8 with his mount Cooley Rorkes Drift. The cross country phase tomorrow is all to play for.

The Eventing Ireland CCI2*sees New Zealander James Avery in the overnight lead with no cross country penalties today going into tomorrow’s final show jumping phase on Vitali with a score of 27.3. Best of the Irish is Jonty Evans on Dreamliner improving one position into sixth and just under three marks away at 29.7; all very tight there for tomorrow’s show jumping.

The Connolly’s Red Mills CCI2* competition sees Britain’s Tom Jackson on Court Casper in the lead after a fault free round on the cross country course today and an overnight score of 25.7. Young Galway star rider Cathal Daniels is very close to the leader and improved his overall position to third with a score of 30.4 on his LEB Lias Jewel.

In the Land Rover CCI1* the honours were taken by English rider Matthew Wright on The Corncrake who finished on their initial dressage score of 28.9. Best of the Irish was Steven Smith in fourth place on Donogue Big Ronnie with a very credible performance and a score of 31.2 which again was his initial dressage score with no penalties on his show jumping and cross country phases.

The Cooley Farm CCIYH1* 6 & 7 year-old horses was won by Britain’s Laura Collett and Calmaro who kept the same score of 21.8 after dressage incurring no penalties in the cross country and show jumping phases. Best of the Irish was local Co Meath rider Elizabeth Power on DSL The Entertainer with a very good score of 25.9 back in 10th place.

Ireland’s Katie Riley and Versace Biscuit took top honours in the Kubota CCIJ1*. The pair led from the get-go of competition and maintained winning spot when producing a clear round of show jumping, completing the class on their original dressage score of 25.2.

The Berney Brothers CCI1* for Ponies was won by Charlotte Teehan for Ireland on Knockenpower Minnie with a score of 29.3. Charlotte went into the final cross country phase today in 3rd position having lain in 4th spot after dressage on their first day.

Tatts 2018 combines world class sport with a quintessential country fair and aside from the equestrian competition; the weekend is tailored especially for families with free admission for under 12’s. The Kids Zone is packed with fun; the highlights are the novelty dog shoe and the mini-puissance ponies who will be jumping a specially made wall! Carnival Rides, activity area for older kids is sure to capture the imagination along with a shopping village of over 80 shops.