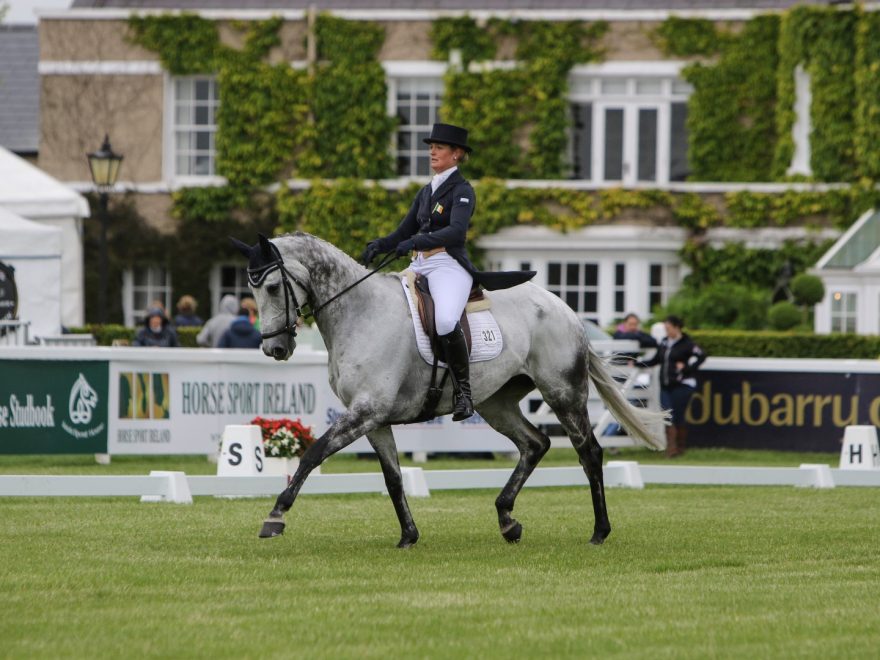 A new record score was set today at Tattersalls International today by Italian star Vittoria Panizzon which also happened to be her best score ever in her international dressage career delighting some of her fellow countrymen and women who came to the event where Irish selectors are keeping an eye on their own performers for the European Championships later this year. The international event is also the All Ireland Championships for Irish event riders and is hugely important for the start of what is known as the Tokyo Olympics cycle for a sport sometimes known as the triathlon for horses. More dressage takes place tomorrow along with the start of the exciting fast paced cross country competition which also takes place into Saturday and Sunday and contains the most popular action around the water jumps complex.

The overnight leader of the main international three star class of the day is Vittoria Panizzon from Italy with a record score in Tattersalls of 36 points, best of the Irish is Steven Smith with 53.6 points.

Irish rider Charlotte Dixon continues to lead the one star class with a fantastic score of 36 as she heads up the pole position going into the demanding cross country phase tomorrow.

The one star event for young horses under 7 years of age some of which will be the stars of the future and potential Olympic contenders is being led by Oliver Townend (GB) with a score of 38.4, best of the Irish is Steven Smith with a score of 49.10.

The under 18 event for our leading up and coming sees Irish riders filling the top ten positions overnight with young Alex Power in the lead with a score of 41.5.